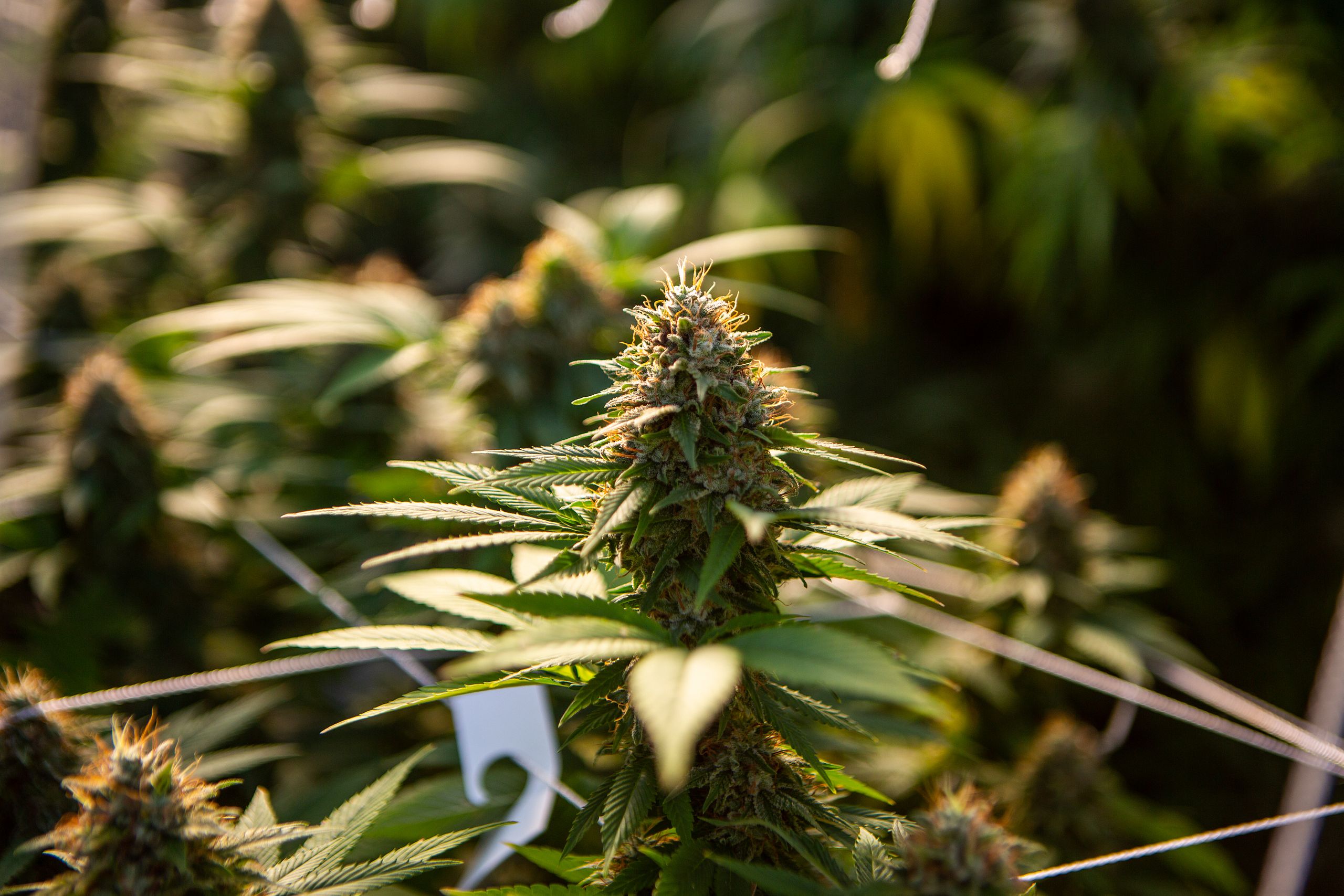 Mention the word hemp and you’re likely to hear someone draw an immediate comparison to marijuana. That’s because the two plants are actually two different cultivars of the same botanical species: Cannabis sativa.

But though they’re often thought of as two sides to the same coin, it’d be more accurate to consider hemp and marijuana as two cousins with very distinct personalities.

In this article, we’ll look beyond the skin-deep resemblance and shine a light on the many differences that set these two cannabis cousins apart.

Take a quick look at a hemp plant and a marijuana plant growing side by side, and it’s easy to see the two strains are related. They both feature serrated, sharp-pointed leaves–generally with five to seven leaflets each–that are easy to pick out of any botanical lineup.

But like any two look-alike cousins, a closer inspection reveals a world of difference.

It’s All in the Chemistry

All cannabis plants contain a broad profile of more than one hundred compounds known as cannabinoids, which mimic the effects of similar chemicals already at work in the human body.

Throughout their long centuries of cultivation, the differing uses for marijuana and hemp have resulted in two strains of cannabis with very different cannabinoid profiles.

[Learn more about the differences between THC and CBD in this deep dive.]

Marijuana tends to pop up mostly in greenhouses or other indoor settings. That’s because like many heady, creative types who can only produce when the atmosphere is just right, marijuana strains produce the most THC when their growing environment is carefully managed to provide the perfect balance of ambient conditions and nutrient schedules.

Moreover, since pollination can reduce the potency of THC, many marijuana growers intentionally cull the male plants from their crop, a process that can end up requiring a lot of close inspection and time spent wandering among plants. The laboratory-like setting of a greenhouse is particularly well suited for these pampered proclivities.

Hardy hemp, on the other hand, can grow in a wider variety of conditions. The plant loves to get its leaves dirty in the great outdoors, and is highly suitable as a field crop.

In such settings, the close quarters help to encourage the growth of tall, fibrous stalks, while the vast acreages ensure a large enough crop for hemp to be harvested profitably as an industrial commodity. And with the recent passage of the 2018 Farm Bill, there are no federal laws hindering farmers from planting hemp across the United States, since it no longer falls under Schedule 1 in the Controlled Substances Act.

Hemp vs. Marijuana: A Comparison Chart

Sativa vs. Indica–A Side Note

To make comparisons of cannabis strains just a bit more confusing, there is another variety of this plant, Cannabis indica, that can also get thrown into the mix.

Beware Not to Overgeneralize

Hopefully we’ve been able to clear up some of the confusion that commonly creeps into comparisons of hemp and marijuana. As with any comparison of personalities, however, it’s important to remember not to paint with too broad a brush.

While marijuana is often talked about only as a recreational drug, its euphoric, analgesic, antiemetic and appetite-boosting effects have been reported to alleviate symptoms associated with a variety of medical conditions ranging in severity from depression to terminal cancer. And while hemp is often farmed outdoors, growers who choose to focus on cultivating flowering plants for seed and CBD production have found great success growing hemp as a greenhouse crop.

When it comes to cannabis, the old saying is only too true: you really can’t judge a plant by its cover. Now that you know more about the differences between the cannabis varieties, we hope you’ll know what to say the next time someone tells you hemp and marijuana are the same exact thing.