Acetaminophen and ibuprofen are mainstays in many of our medicine cabinets, but increasingly individuals have been turning to natural remedies for everyday aches and pains.

States in which medicinal cannabis is legal have seen a significant decrease in opioid prescriptions, according to a report published earlier this year. This may suggest an improvement in pain management with the plant and one of its compounds, cannabidiol (CBD oil).

CBD is a natural option to treat various types of pain, but are herbal remedies as effective as traditional drugs? Are they safer than analgesics?

Read on for a rundown of natural alternatives to common pain relievers. We’ll talk about how to manage or relieve pain, different natural pain medications, and offer insight on what the medical community has to say about these remedies.

Despite the easy access to over-the-counter (OTC) drugs like Tylenol, Advil, and Motrin, these pain relievers are not without risk. The U.S. Food & Drug Administration (FDA) has warned that “acetaminophen can cause serious liver damage if you take too much.”

Also, a 2006 study in the Journal of the American Medical Association (JAMA) found that treating healthy adults with acetaminophen even at the recommended maximum daily dose still frequently caused elevations in liver enzyme alanine aminotransferase.

Further, a 2016 JAMA Pediatrics study concluded “Children exposed to acetaminophen use prenatally are at increased risk of multiple behavioral difficulties,” including attention-deficit hyperactivity disorder. Another study that same year determined acetaminophen can even have adverse psychological effects such as reducing empathy.

Meanwhile, a 2013 study in The Lancet found use of NSAIDs increased risk for heart attack by a third, doubled the likelihood of heart failure, and increased upper gastrointestinal complications across the board, regardless of dosage.

Research suggests OTC drugs may eliminate the pain of a headache or minor physical injury in the short term, but the negative long-term effects of these medications may outweigh their immediate benefits.

What Are The Alternatives?

There’s no shortage of natural alternatives to common pain relievers, most of which reduce inflammation, the main conduit for the pain we feel when experiencing toothaches, muscle tightness after exercising, menstrual cramps, and the like.

As John DeLuca, MD, DC, of the Balance Health and Wellness Centers, explained to Prevention, “Inflammation goes hand in hand with pain, so if you can block the inflammation, you can decrease the pain response.”

Here are 12 natural remedies that do just that.

Curcumin is the active agent in turmeric that’s responsible for its anti-inflammatory benefits. When used alone and in combination with Devil’s Claw and bromelain, researchers found turmeric “may be a valuable and safe alternative to NSAIDs” in patients with osteoarthritis.

Dr. Gary N. Asher, MD, a primary care physician specializing in clinical pharmacology and dietary supplements, noted in an interview earlier this year that one small study has also shown the chemical may be beneficial for migraine sufferers although “there isn’t widespread evidence that it works well yet.”

Including turmeric in your food is an easy way to reap the spice’s benefits, though combining it with black pepper will boost absorption. Herbalist Ric Scalzo, founder of Gaia Herbs, recommends 500 milligrams of curcuminoids a day for general wellness and as much as 2000 milligrams when experiencing chronic pain.

Closely related to turmeric, ginger is considered one of the healthiest spices on the planet due to its anti-diabetic, anti-cancer, and anti-inflammatory properties.

While you likely turn to the herbaceous plant when battling a stomachache, ginger has been found to be as effective as ibuprofen in the treatment of osteoarthritis and rheumatoid arthritis (RA) as well as menstrual pain caused by Another study in the Journal of Pain even found consuming 2 grams of ginger every day for 11 days reduced exercise-induced muscle pain by 25%.

Capsaicin is a compound found in chili peppers and, “despite the unpleasant sensation that occurs when large quantities of chili peppers are consumed, capsaicin promotes pain relief when used in the right dosage and frequency,” a 2016 study in Molecules.

When it comes to pain relief, the analgesic effect of capsaicin has been found to be most effective as a topical remedy for various forms of arthritis and fibromyalgia and can be applied three to four times per day.

Another study found that applying capsaicin cream to the inner nostril for five consecutive days significantly reduced spontaneous attacks in individuals who suffer from cluster headaches for up to 60 days after treatment.

Though found in cannabis, cannabidiol (CBD) is not psychoactive, unlike tetrahydrocannabinol (THC). It does increase levels of anandamide, a compound associated with regulating pain in the body and also induces anti-inflammatory effects. And medical research backs these uses.

In the very first controlled trial of cannabis-based medicine in patients with rheumatoid arthritis, Sativex, an oromucosal spray formulated with an extract of the cannabis sativa plant, significantly improved pain during movement and at rest as well as sleep quality in 58 individuals.

Another study of 30 patients with multiple sclerosis found Sativex significantly improved pain, walking, and muscle spasms after one month of treatment. And while more human studies are needed regarding topical agents, one European study published in 2016 saw “a significant drop in inflammation and signs of pain, without additional side effects,” when a gel containing CBD was applied to rats with arthritis for four days.

Omega-3 fatty acids are the first things that typically come to mind when you think of fish oil, but this supplement has benefits that extend beyond heart health.

Fish oil has been shown to reduce some indicators of muscle damage and inflammation in the four days following exercise and in another study researches concluded fish oil is an “attractive adjunctive treatment for joint pain associated with rheumatoid arthritis, inflammatory bowel disease, and dysmenorrhea.”

In another trial, 59% of 125 patients with nonspecific neck and back pain actually stopped taking NSAIDs after 75 days ingesting either 1200 mg or 2400 mg of fish oil.

Long used in dentistry and as a home remedy for tooth pain, clove oil is both anti-inflammatory and antifungal and contains a chemical called eugenol which has anesthetic and antibacterial.

To reap these benefits during your next toothache, dip a cotton ball in clove oil and wipe it over your gums at the point of the pain. You can also place whole cloves on the affected area, but beware this can cause sensitivity, irritation, and damage to dental tissue.

Known as “nature’s valium,” Valerian Root can calm everything from mood to muscles. Because it reduces sensitivity of the nerves, Valerian Root is considered a natural pain reliever, and a 2016 study found the plant may reduce the physical, emotional, and behavioral side effects of premenstrual syndrome, though more research is needed.

Also a common natural remedy for insomnia, because Valerian Root might have a sleep-inducing effect, the National Institutes of Health warns it should not be taken with alcohol or sedatives.

An herb native to the Amazon forest, Cat’s Claw has been determined to be an effective treatment for osteoarthritis.

One study showed the pain associated with activity, medical and patient assessment scores was significantly reduced just one week after 100 milligrams per day of freeze-dried Cat’s Claw, though no change in knee pain at night or at rest was seen.

However, a 2002 study found patients with rheumatoid arthritis who took a standard dose of Cat’s Claw for one year, in addition to their medication, had a reduction in the number of painful and swollen joints with no major side effects.

Pegged as the original aspirin, because Willow Bark contains salicylates (compounds commonly found in food and medicines), like the OTC med it shouldn’t be taken long term or in excessive doses. Still, Willow Bark has been shown to have some effectiveness in the management of back, knee, and joint pain, osteoarthritis, and headaches, although, overall, results have been mixed.

Despite the need for more efficacy trials, studies do conclude adverse effects with the anti-inflammatory are minimal. Further research also suggests Willow Bark, which can be taken in liquid or capsule form, as a tea, or applied topically, may even be safer than brand name aspirin products.

Also known as Indian frankincense, Boswellia is an herbal extract derived from the Boswellia serrata tree whose resin has been used in medicine for centuries to treat inflammatory conditions. Though Boswellia has not been thoroughly researched, some small studies hold promise.

In a 2014 trial of 12 healthy individuals, pain threshold and pain tolerance increased in terms of both force and time with use of Boswellia.

Another study published earlier this year concluded a formulation including Boswellia serrata gum resin, chebula fruit, and other compounds was a “safe and effective intervention for management of joint discomfort” in patients with osteoarthritis of the knee, with benefits seen in as little as 14 days. And a third trial of 30 subjects found Boswellia in combination with turmeric was more effective in reducing pain associated with knee osteoarthritis than the prescription NSAID celecoxib.

This medicinal plant has been used to treat a large variety of health conditions such as fevers, migraines, headaches, rheumatoid arthritis, stomachaches, toothaches, insect bites, infertility, and problems with menstruation and labor. And, by and large, the medical community agrees with Feverfew’s many uses, though larger, more rigorous trials are needed to confirm previous findings that the flower may treat and prevent migraines.

Like inflammation, magnesium deficiency also plays a major role in pain. The chemical makes muscle relax but, unlike other medications that help decrease and balance the pain-carrying neurotransmitter known as NMDA, magnesium does so without toxicity. And while researchers have already determined magnesium sulfate could reduce the use of anesthetics during surgery and improve surgical outcome and patient satisfaction.

Jacob Teitelbaum, MD, pointed out in Psychology Today, “The upside of magnesium is that [it] is very inexpensive (pennies a dose). The downside is that it hasn’t yet made it through the FDA approval process.”

Regardless, there’s nothing prohibiting consumers from purchasing magnesium in supplement form, which is good news for migraine sufferers, considering magnesium has been shown to lead to a significant reduction in headache days, decrease pain severity, and possibly prevent migraines

In the face of limited, yet promising, research, it’s important to consult your physician if you’re considering beginning a regimen with any of the supplements above. Despite their natural origins and easy accessibility, it’s important to be sure these alternative remedies won’t interfere with any other medications you may be taking and that a health professional provides guidance on the dosage(s) that’s most appropriate for your respective condition.

Women who are pregnant should take extra precaution as the effects on fetuses have yet to be determined for a number of these remedies. Ask your pediatrician before giving any of these supplements to children as well. 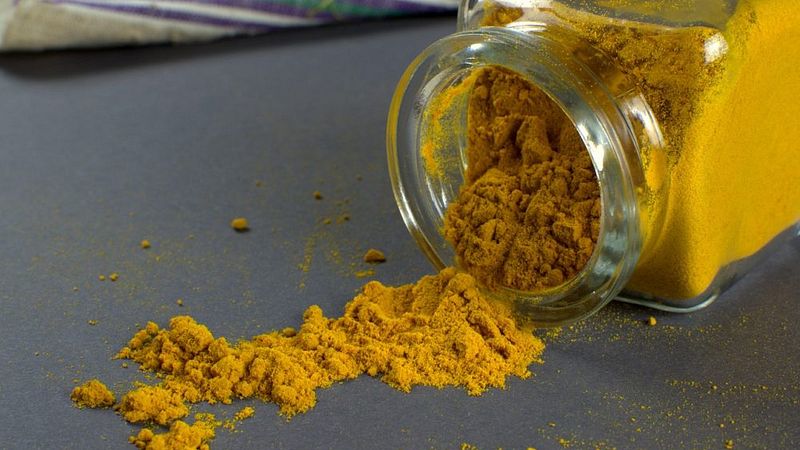 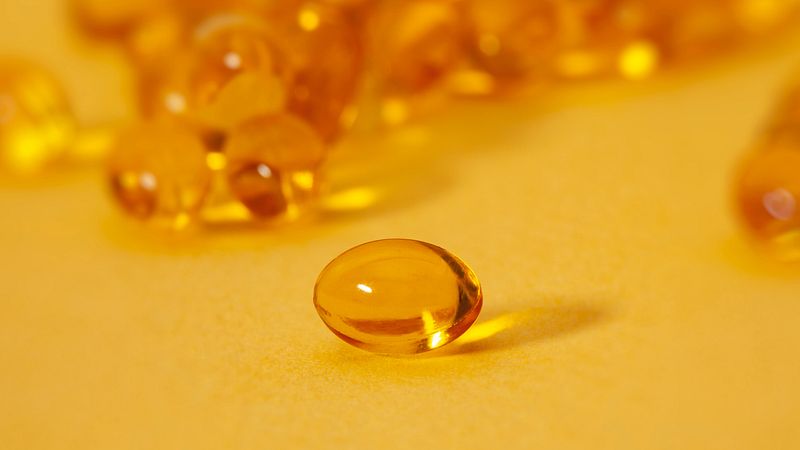 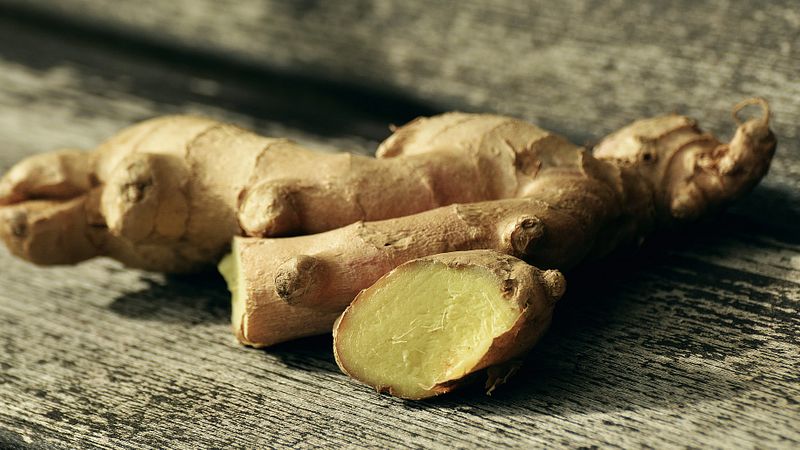