The Full Spectrum of Terpenes Found in Hemp Plants 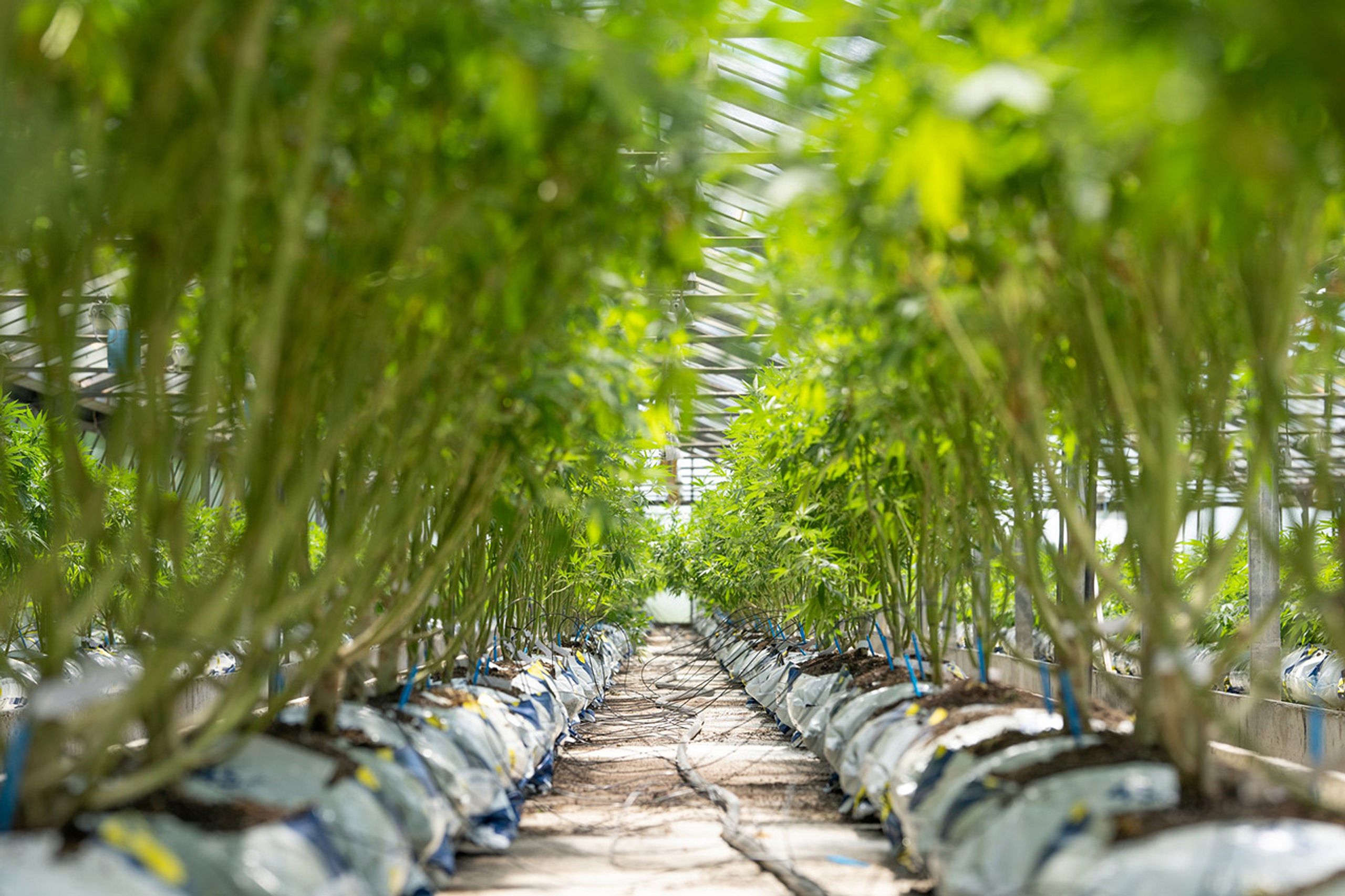 For those that choose to give CBD a try, there are generally two options—isolate or full-spectrum CBD products. Isolate formulas contain only CBD, while full-spectrum products contain a range of other potentially therapeutic compounds, including terpenes.

Terpenes constitute a large part of full-spectrum CBD oil products and may contribute to their overall beneficial effects. They also may be a key factor in interacting with your endcannabinoid system or other parts of your body.

This articles explains what terpenes are and how these compounds may positively impact health, especially when used in combination with CBD.

In nature, terpenes can be found in the essential oils of many plants where they serve the purpose of aiding in plant defense against environmental stressors, as well as attracting insects for pollination. Different flowers and trees have varying terpene profiles, some of which are commonly used in everyday products like perfumes, cleaning solutions, and medicines.

More recently, there’s been some buzz surrounding the types of terpenes in cannabis plants. These compounds are frequently included within CBD products, cannabis oil, and cannabis flowers, which has led to consumers who are increasingly curious about the potential health benefits that terpenes may offer—both on their own and when combined with other cannabinoids like THC and CBD.

Terpenes work in a multitude of ways, and they can differ greatly in the tastes and smells that they bring to the table. The aromatic scent of cannabis and its extracts are commonly attributed to terpenes, which create unique variations among different cannabis strains.

Different Types of Terpenes and Their Effects

In an effort to learn more about the individual aspects of each terpene that may be found within CBD products, we’ve curated this list of the most common terpenes found in cannabis. Here you can find each terpene’s scent or flavor profiles, as well as some of their possible wellness advantages. 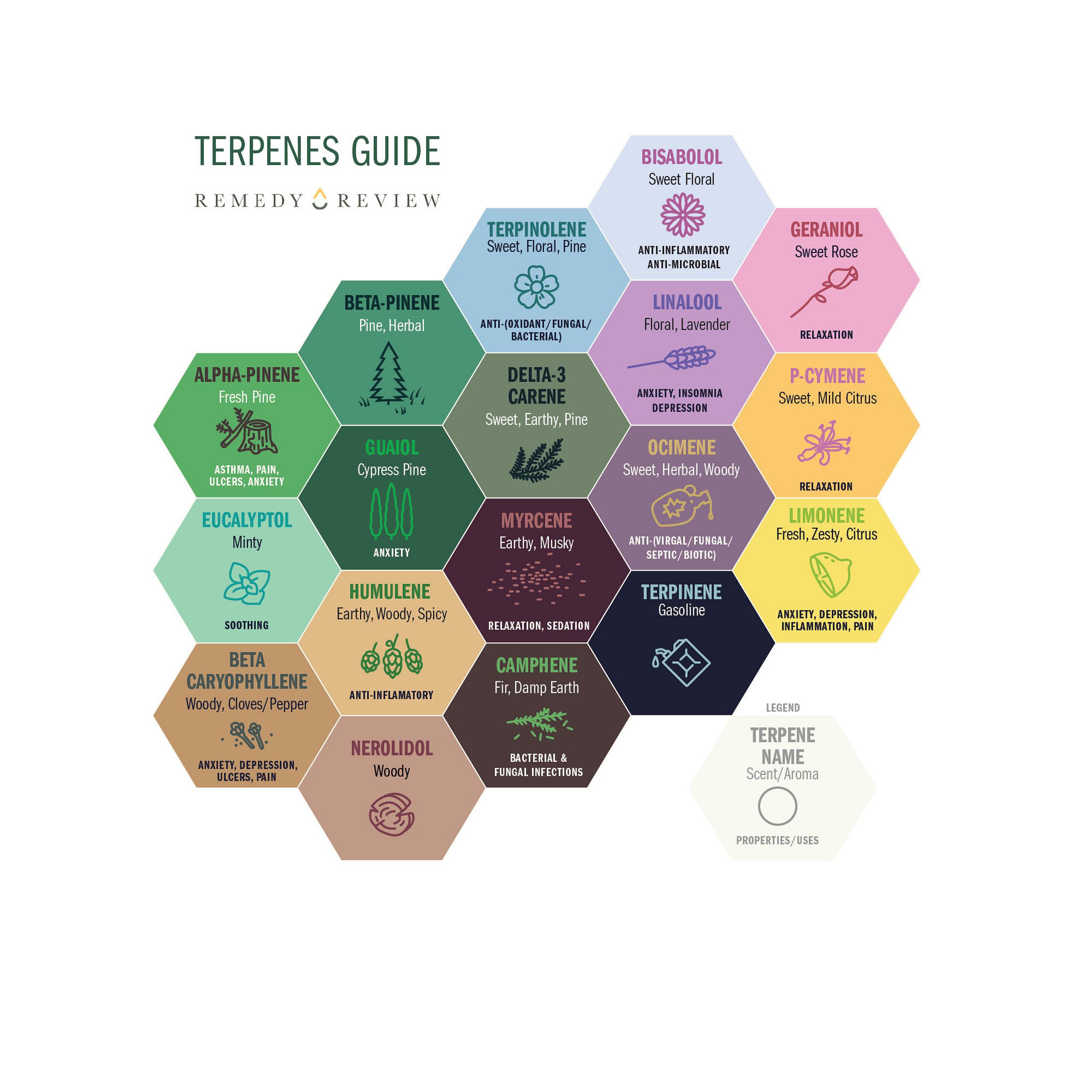 Why Do Terpenes Matter?

When extracting desirable components from cannabis plants, terpenes are an inevitable part of the end product—unless you opt for isolate formulas.

However, the additional plant extracts within full-spectrum products may lend a helping hand in the delivery of the potential medicinal benefits of CBD. This is due to the “entourage effect,” which many scientists believe allows multiple parts of the cannabis plant, like phytocannabinoids and terpenes, to complement one another for an improved therapeutic potential.

Essentially, the entourage effect theorizes that cannabinoids and terpenes work better together in concert than when one compound is isolated for its specific properties. This theory is supported by scientific studies that indicate cannabinoids, when administered together instead of individually, are more effective at alleviating symptoms.

Full-spectrum CBD products that include a range of different plant components may be better for you than CBD isolate. While some people prefer isolated CBD, the synergistic effect of using multiple parts of industrial hemp plants tends to yield better results among consumers.

However, everyone reacts to cannabis products like CBD and THC differently and some users may find that they favor the effects of CBD isolate over full-spectrum products. Regardless, you should always take into account your own preferences, and choose a worthy product based on your personal experience when using CBD.