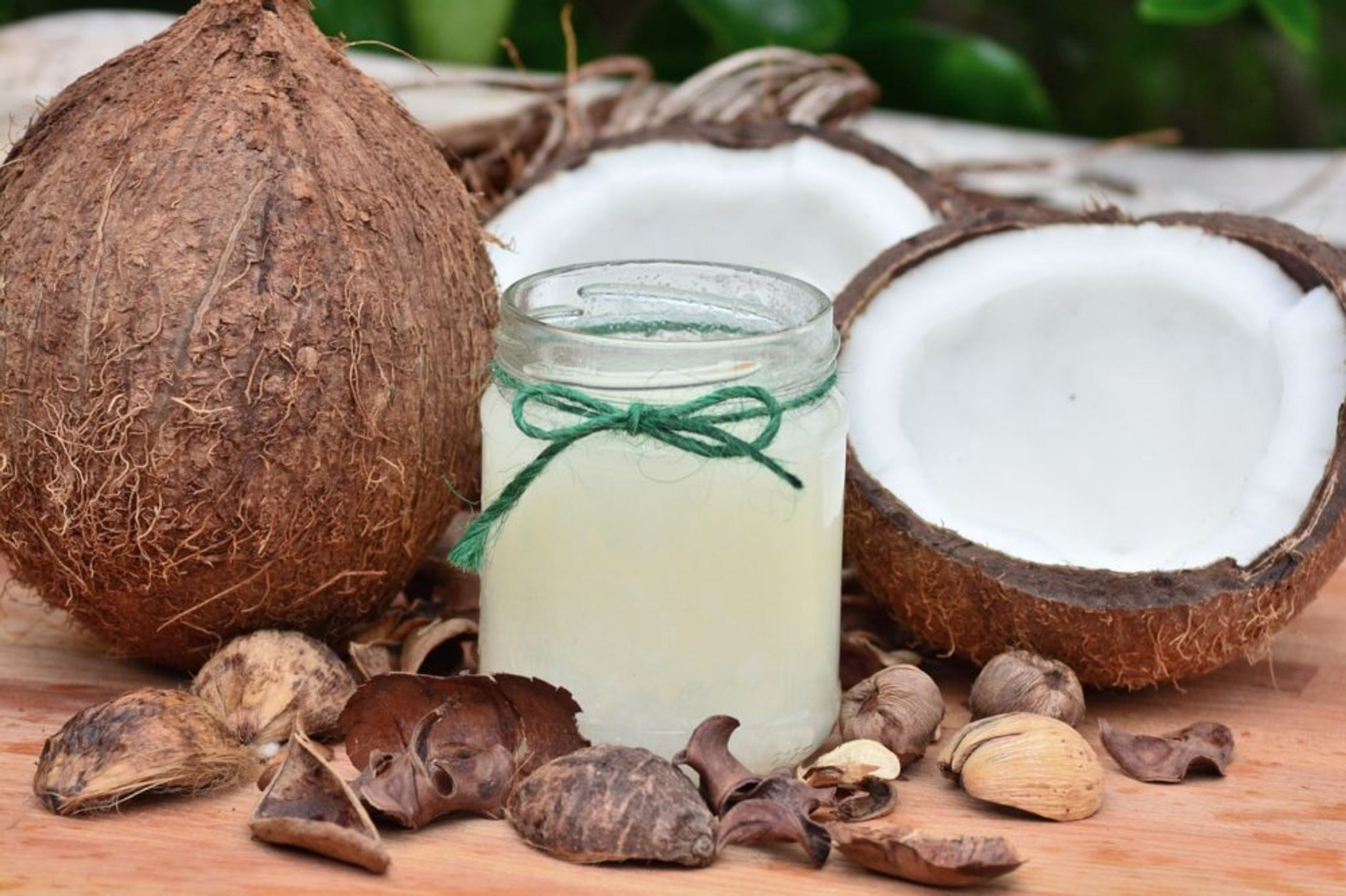 So you want to know the difference between MCT oil and coconut oil?

Think of MCT oil as a high-octane version of coconut oil that’s processed for maximum bioavailability.

With the rise of the ketogenic diet, MCT oil has been getting a lot of spotlight, and for good reason—unlike most dietary fats, the medium-chain triglycerides (MCTs) in coconut oil are easy to convert into clean-burning energy.

Here are some of the advantages of MCTs compared to other fatty acids:

Unlike long-chain fatty acids (LCTs), the body is able to use MCTs almost immediately to support the digestive, nervous, and cardiovascular systems.

Let’s take a closer look at the health benefits of MCT oil vs. coconut oil.

What Is MCT Oil—And How Is It Different From Coconut Oil?

Coconut oil is made up of roughly 62 percent MCTs and contains a grand total of 91 percent saturated fats.

But coconut oil isn’t the only place where you can find MCTs. Other sources include:

Conventional dairy is pro-inflammatory, so make sure to only buy grass-fed products.

Triglycerides are the building blocks of fats, and “medium-chain” refers to the number of carbon molecules. For example, caprylic acid (C8) has eight carbons and capric acid (C10) has ten.

In general, the longer the carbon chain, the harder it is for the body to break it down.

Plus, longer carbon chains are more readily stored as fat.

Why are coconut and MCT oils such great sources of healthy fats?

Because the liver immediately converts MCTs into ketones—this triggers a thermogenic effect, boosts metabolism, and sets off a chain reaction of health benefits.

Here’s how the health benefits of MCT oil and coconut oil stack up:

MCTs can increase energy and physical stamina for exercise, and because it’s so easy to digest, MCT oil can boost energy faster than most nutrients.

Coconut oil, on the other hand, takes longer for the body to break down and is a better source of slow-burning energy.

Both MCT oil and coconut oil may help treat Alzheimer’s.

The brain consists largely of fatty acids, so it makes sense that eating healthy fats would support brain function.

A study published in the Journal of Neurobiology of Aging found that the MCTs in coconut oil can improve the memories of patients with degenerative brain disease.

In a separate 2015 study, researchers concluded that, “The phenolic compounds and hormones (cytokinins) found in coconut may assist in preventing the aggregation of amyloid-β peptide, potentially inhibiting a key step in the pathogenesis of AD (Alzheimer’s).”

Both supply anti-inflammatory nutrients to the brain and can make you more clear-headed and less stressed.

Coconut oil is rich in polyphenols and healthy HDL cholesterol, making it an ideal superfood for the nervous system.

Here’s what the research has to say about stress, anxiety, and MCTs:

Both coconut oil and MCT oil can support the digestive system by balancing bacteria in the gut.

MCTs can also help the body absorb fat-soluble nutrients like:

Plus, they can kill harmful viruses, pathogenic bacteria, and fungi like candida.

When added to human milk, infant formula, and cow’s milk, MCTs were significantly more effective than long-chain monoglycerides at inactivating pathogens for herpes, influenza, and streptococcus.

Ketones, as it turns out, suppress ghrelin (the hunger hormone) and increase cholecystokinin (CCK), which makes you feel full.

In a 2014 study published in the European Journal of Clinical Nutrition, researchers tested the effectiveness of MCTs to reduce food intake in overweight men. They found that, “MCT consumption reduced food intake acutely.

Coconut oil may also be mildly effective at suppressing appetite.

Here’s what researchers have discovered about MCT oil and weight loss:

However, according to a 2017 report in the European Journal of Clinical Nutrition, coconut oil does not exert any obvious effects on weight loss.

There is some debate about whether coconut oil and MCT oil are good or bad for cardiovascular health.

On one side of the argument, studies show that both can increase good HDL cholesterol and prevent hypertension.

On the flipside, a 2017 report issued by the Amerian Heart Association claims that coconut oil can clog the arteries with bad LDL cholesterol.

Most of the medical community, however, finds the idea that saturated fat is bad for your heart to be unfounded and outdated.

After all, MCTs can reduce chronic inflammation: the root cause of heart disease.

In a 2010 study published in the journal Pharmacological Research, researchers reported that MCTs can prevent metabolic syndrome: a group of disorders that includes hypertension and dyslipidemia.

At the same time, a 2015 study found that a coconut oil-rich diet can increase HDL cholesterol in women with coronary artery disease.

MCTs and the Ketogenic Diet

MCT oil and coconut oil work great with the ketogenic diet: a high-fat, low-carb diet where the body uses ketones instead of glucose as its primary fuel source.

When you take high-quality MCT oil, the liver converts it into ketones in minutes, and unlike glucose, ketones can immediately cross the blood-brain barrier to support brain function.

A 2018 study found that the ketogenic diet and medium-chain triglycerides can increase brain metabolism in patients with Alzeimer’s disease.

Studies also show that the keto diet may suppress appetite (with or without the use of MCTs).

Being in ketosis is also an effective way to reduce inflammation, boost fat oxidation, and lower blood sugar.

Most nutritionists recommend following the keto diet for short periods of 1-3 months. This gives the body adequate time to restore gut bacteria and relieve chronic inflammation.

With that said, coconut oil and MCT oil can be a healthy part of any diet, as they are both a good source of energy. 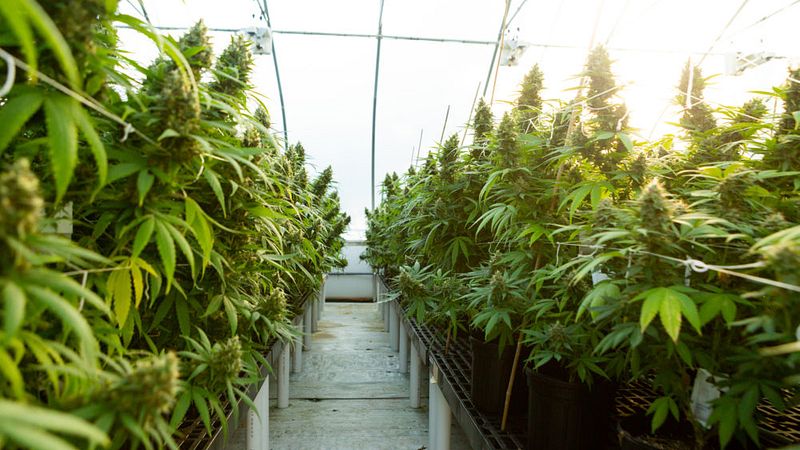 Hemp Oil vs. CBD Oil: More Different Than You Think 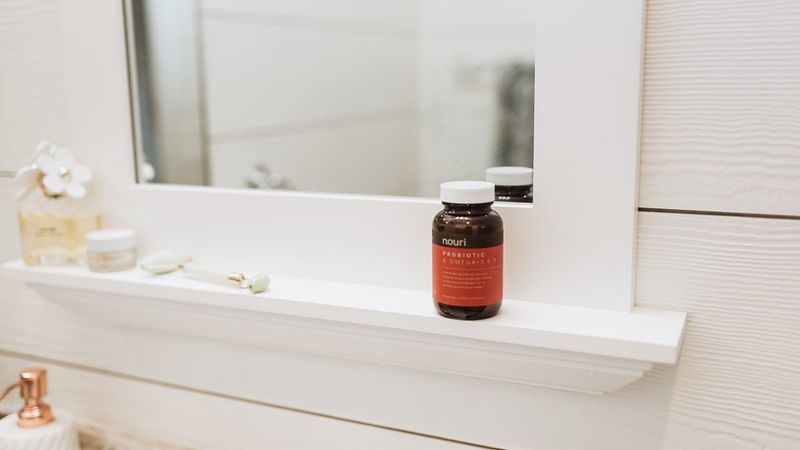 Hemp Oil vs. Fish Oil: What Should You Take? 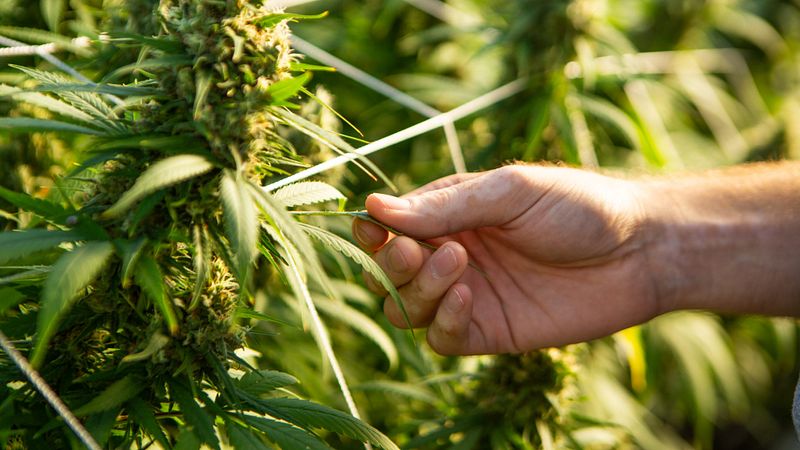 Cannabis Oil Vs. CBD Oil: Here’s What We Know