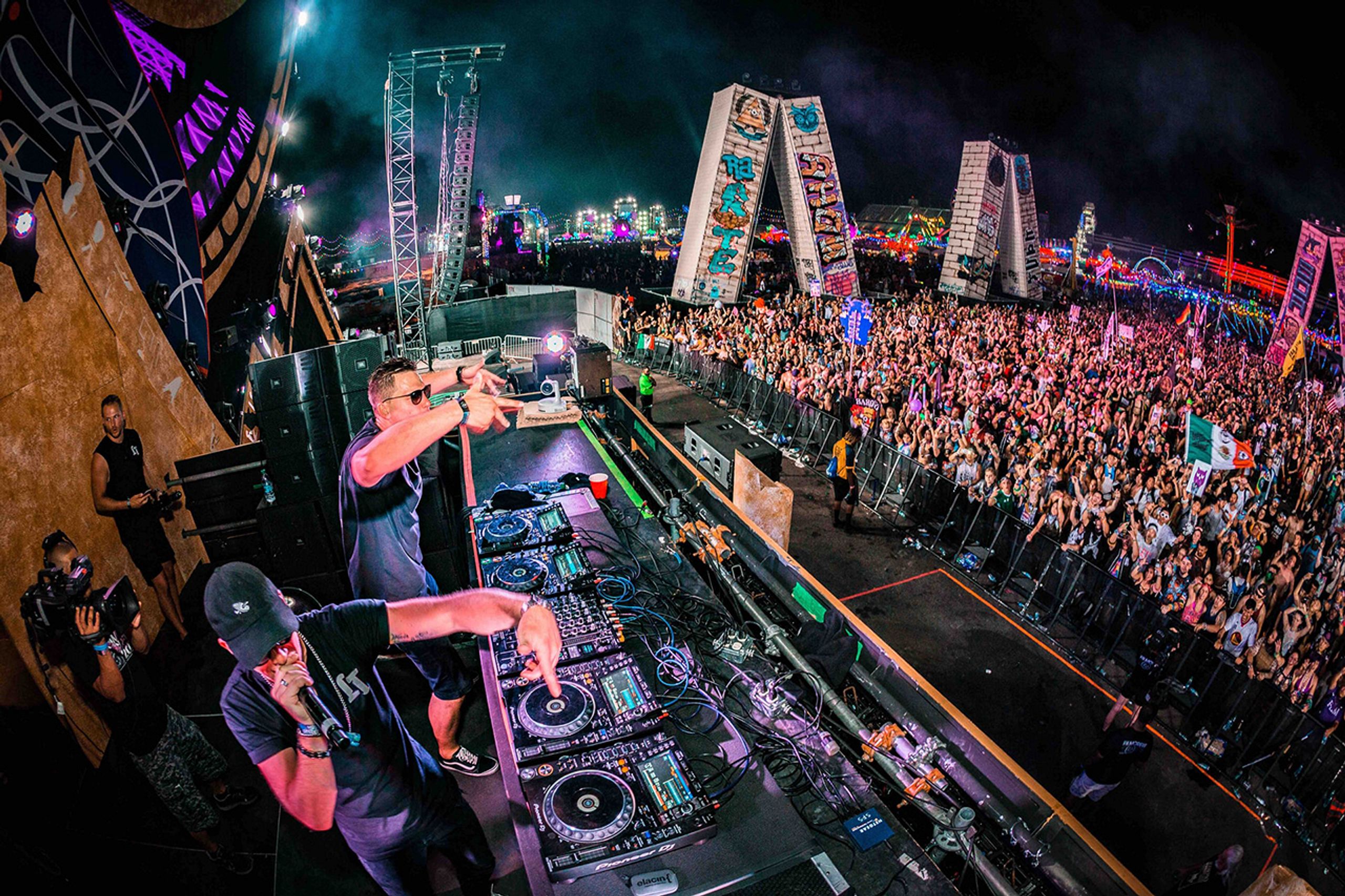 Music festivals have become so popular that they’re almost synonymous with the modern millennial experience. The more popular festivals like Coachella have even earned their own season, referred to as “festy season” by many social media influencers. With crowds in the hundreds of thousands in a party-centric atmosphere, drugs are bound to surface.

Wanting to know exactly what the drug culture is like at the most popular music festivals, we surveyed 907 people who had been to these venues and who admitted to having consumed drugs at the events. And we’re talking about substances stronger than simple CBD oils. They divulged everything from which drugs they consumed where and how trustworthy they felt varying dealers were. Read on to see what they told us.

Of course, the average amount of money spent on drugs at music festivals isn’t exactly zero. Festivalgoers who had done drugs spent an average of $73.62 each. This number feels even larger when you consider there’s only a one- to three-day time frame for intended consumption. That’s over $66,000 spent by participants from this study alone. Electric Forest, a five-day event in Michigan, racked up the highest financial expenditure among its drug users: They spent an average of $102.59 each.

Marijuana was, by far, the most popular drug at every festival, but marijuana can also be consumed legally in states that host some of these festivals. Although MDMA is illegal, it was consumed nearly as frequently as marijuana at Electric Forest, Electric Daisy Carnival, and Ultra, with 50%, 61%, and 59% of those surveyed, respectively, consuming molly.

With the amount of money admittedly being spent on drugs at these festivals, it’s worth wondering how trustworthy the salespeople are. Thirty-six percent of attendees purchased their drugs at the festivals. Only 27%, however, believed those dealers had no intent to harm them and gave them the exact substance they requested.

The following statistic might be more of a commentary on the American health care system than on festival “medicine”: Music festival attendees who had taken drugs at music festivals were almost equally trusting of drug dealers and pharmaceutical companies. With the opioid crisis continually making headlines, the role that doctors play in our health has come into question.

Fears of buying drugs at festivals include everything from being ripped off to consuming drugs that have been laced with something highly toxic. There are cases of everything from marijuana to heroin being laced with fentanyl, an often-fatal drug. More than half of music festival attendees who had taken drugs at music festivals were moderately or extremely concerned they would be given a harmfully laced drug.

Of all the major festivals, Burning Man was the most likely to induce concern among people buying drugs. Of festivalgoers who were extremely concerned they’d be given a laced drug, 26% had been to Burning Man. Electric Forest incurred the least amount of worry when it came to purchasing drugs.

Fortunately, for the sake of the festivalgoers, only 3% of respondents said they were “not at all cautious” when it came to purchasing drugs at the event. Over 1 in 3 attendees who had done drugs were “extremely cautious.” Among that group, 42% had been to Nocturnal Wonderland, 41% to the New Orleans Jazz & Heritage Festival, and 40% to the CMA Music Festival.

Falling Victim to the Festival

Attendees who cited concern while purchasing drugs did so for a good reason: Roughly 1 in 4 music festival attendees who had taken drugs endured a bad experience with a bunked or laced drug or knew someone who had. These laced drugs even led to the emergency room 11% of the time. Reportedly, 60% of the visits to the medical tents at electronic dance festivals are drug- and alcohol-related.

The most common result of taking a laced drug was a significant change in anxiety level, which happened 34% of the time. With the chances of that occurring, as well as vomiting or hallucinating, taking drugs without caution can easily lead to a terrible experience that brings the upbeat festival experience to a halt.

Choice of festival and substance influenced how cautious attendees were when purchasing drugs. Music festival attendees who had taken ketamine or cocaine were the most likely to say they were extremely cautious toward buying drugs from someone at a music festival.

In one particular horror story, a 27-year-old man had to take his friend to the ER after they suffered a “severe seizure and almost asphyxiated on their own vomit.” Arguably worse was the difficulty in getting to the ER in the first place. According to the friend, “they collapsed in the crowd and were almost trampled” as they attempted to seek medical help. Whatever your alcohol- and drug-related decisions may be during festivals, be certain to establish where the medical tents, help, and exits are located before consumption.

One of the most popular music festivals in the world, Coachella, has horror stories of its own. While there, a man purchased ecstasy which was laced with an unidentified substance that caused a seizure as well. Fortunately, he survived and regained his health afterward.

The Sound of Safety

The rise of laced drugs causing overdoses, fatalities, and numerous hospitalizations has led to grassroots efforts like The Bunk Police. These activists travel from festival to festival to provide festivalgoers with drug testing kits. Unfortunately, operations like this often get shut down, as they are illegal.

However, providing these services could reduce drug use and, therefore, a possible reduction in health emergencies. Ultra Music Festival in Australia has also been hinting at a pill testing service for their upcoming dates.

The music festival that attracted the safest attendees in terms of drug use was Electric Forest, where 50% of those who had used drugs also used drug testing kits. Burning Man was the least likely place to attract test kit-using attendees. Unfortunately, 18% of respondents would still consume a drug even if a test confirmed it was laced. With any luck, the testing kits will still make their way to those who will use the results to inform their decisions and behavior.

According to the 907 people who had taken drugs at least once at a music festival, 46% thought the venues should provide drug testing kits to attendees. In fact, only 30% felt that music festival venues had their attendees’ highest possible safety in mind. While festivals understand that rampant drug use occurs inside their venues, their current inability to provide safe testing leaves attendees’ safety up to chance.

The reason these testing kits are so heavily demanded is, in part, due to the awareness that there could be something potentially harmful in the drugs purchased from strangers. The majority – 86% – of those using drugs at festivals said they would use a legal drug testing kit to detect harmful substances. This demand highlights a distinct possibility to save lives or even trips to the emergency room and should be more seriously considered by the hosts who know drugs are consumed on their properties. However, the first point of action is to change the legality of drug testing kits, as they are currently considered drug paraphernalia.

It’s also important to remember that marijuana is legal in certain states, yet can still be laced with something illegal. More than 3 in 4 respondents felt that drug testing kits could help combat health safety issues at the festivals.

At their heart, festivals are really about the music, not drugs. That said, the frequent sightings and consumption of legal and illegal drugs at these venues has been firmly established. The conversation, therefore, needs to turn to making every attendee as safe as possible, as opposed to hoping for an abstinence-only policy.

As an attendee, it’s also important to take safety into your own hands. Educate yourself as much as possible, be aware of your surroundings, know where medical help is located, and establish an emergency plan before the consumption of any drugs or alcohol. Afterward, simply enjoy the music!

For this study, we used Amazon’s Mechanical Turk to survey 907 people who had both attended a music festival in America and had used drug(s) during or right before a music festival.

This study relied on self-reported data, which come with multiple issues. These include but are not limited to the following: selective memory, telescoping, attribution, and exaggeration. We also did not perform statistical testing on these data, so all claims are based solely on means. Therefore, this content is purely exploratory, and future research should approach the subject in a more rigorous and academic manner.

Heading to a music festival soon or know somebody who is? Help yourself and your friends stay informed. You’re welcome to share this article online for noncommercial purposes, so long as you link back to this page and its authors – that way, they can receive proper credit for their work.