Irritability. Tension. Erratic sleep. Excessive worry. Avoidant social behavior. If you are one of the 40 million adult Americans who struggle with an anxiety disorder, you could be familiar with all of these symptoms and more.

There exist a multitude of treatment options available to chronic anxiety sufferers, from consulting a therapist to prescribed medications, such as antidepressants, beta blockers, and benzodiazepines–the last of which can be fatal when mixed with alcohol and lists depression and increased anxiety among possible side effects. And while Americans’ use of pills has increased dramatically over the last 20 years, alternatives are slowly becoming more popular. Enter CBD.

Cannabidiol, derived from the cannabis plant, has been revealed to successfully treat symptoms of anxiety by a number of recent studies. While research related to this wonder drug is somewhat stymied due to marijuana’s status as a Schedule I substance, interest in CBD and its potential as a medical treatment is growing–and fast.

We wanted to gauge Americans’ awareness and perceptions of CBD and understand how this substance is already woven into the fabric of modern anxiety treatment. Read on to learn more about how this budding treatment option compares to other coping mechanisms, how effective it is perceived to be, and who is using it already. 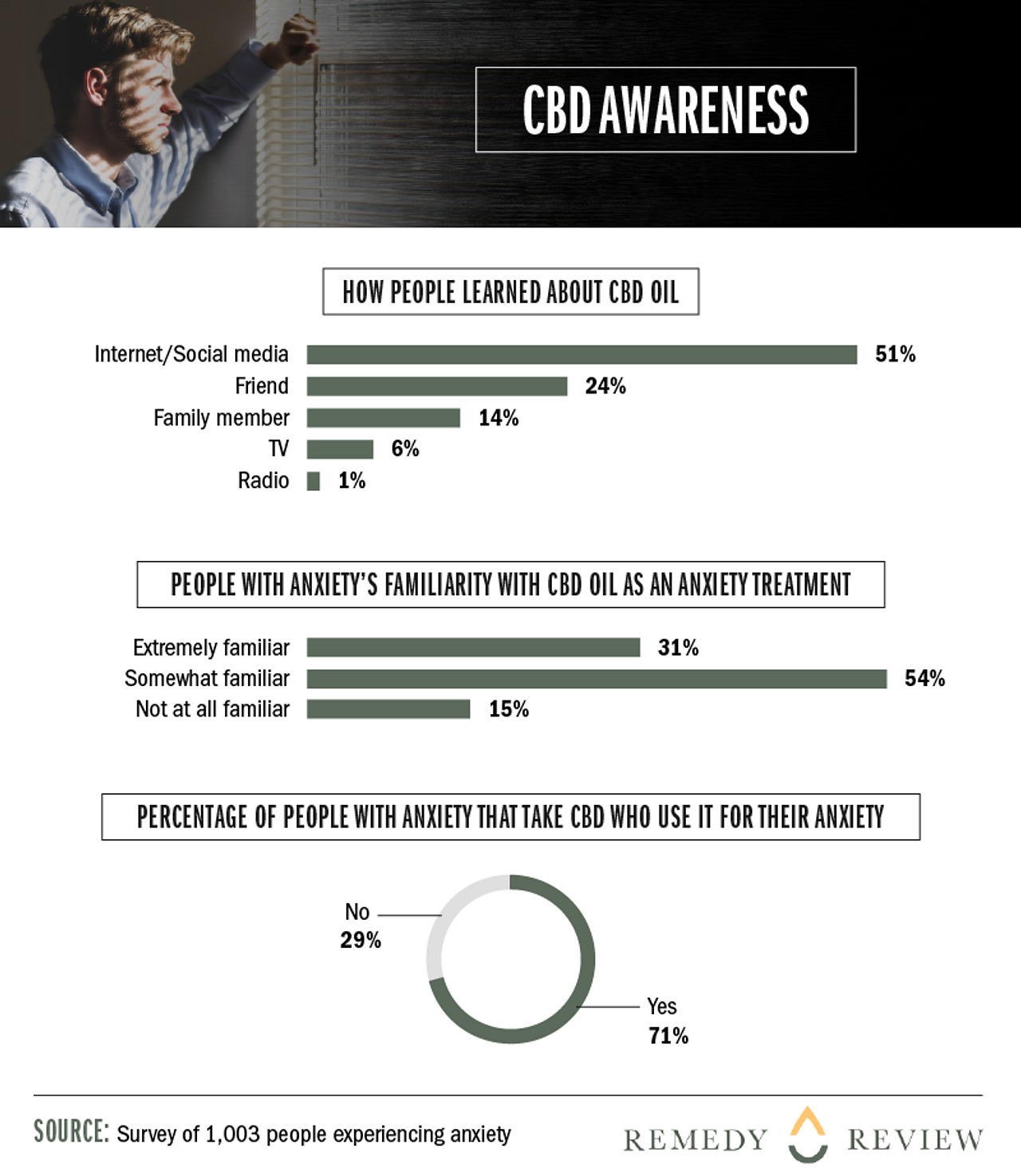 Even though recreational pot is far from legal on a national scale, the use of medical marijuana is currently permitted in 30 of America’s 50 states. This might be why the majority of our respondents had already heard whispers about marijuana’s non-psychoactive derivative, CBD–a substance oft-used as an alternative treatment for common ailments including pain, depression, and anxiety.

On the whole, 72 percent of respondents were familiar with CBD, half of who heard about it via social media or the internet. Another 24 percent learned about it from a friend, and 14 percent were enlightened about CBD by a family member.

When it came to using CBD as a way to ease the relentless grip of anxiety–whether it be via capsules, oils, or edibles–31 percent of respondents were extremely familiar with this method of treatment. The majority, at 54 percent, was somewhat familiar, but to another 15 percent of people, combating anxiety with CBD oil was an entirely new concept. 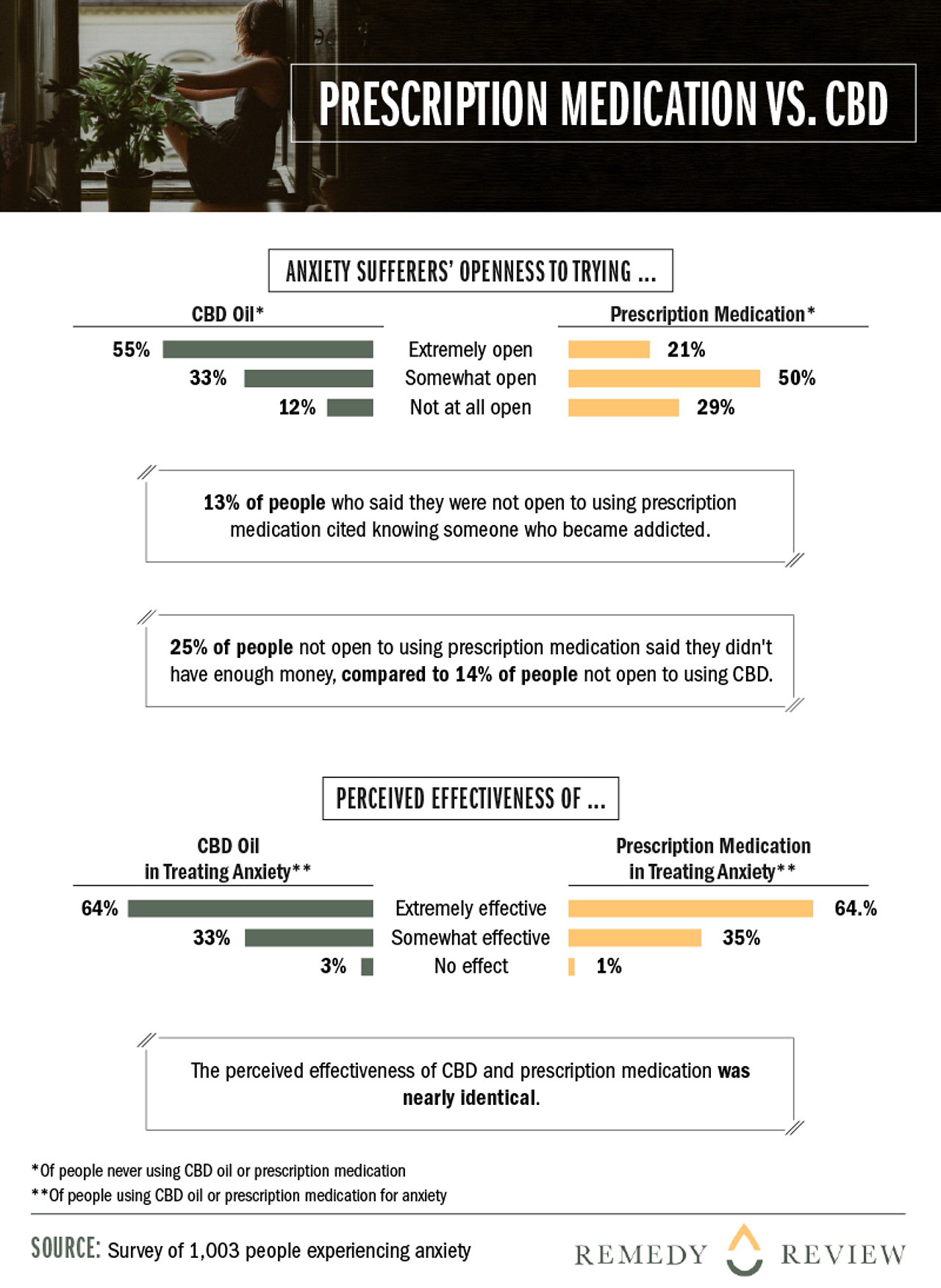 In the U.S., prescription drugs are almost as much of a household fixture as couches and refrigerators, with more than half of Americans taking an average of four prescription medications every day. And while the widespread availability of proper medication should technically yield a healthier, safer population, the reality is much more sinister: The incorrect consumption of prescription drugs sent 1.3 million people to the hospital in 2014–124,000 of who didn’t make it back out.

In the era of America’s burgeoning opioid crisis, people are growing increasingly skeptical of prescription drugs. Among respondents who suffered from anxiety, just 21 percent said they were extremely open to trying prescribed medication for their condition, compared to 55 percent who felt the same about CBD oil. On the other hand, only 12 percent were not at all open to trying CBD for anxiety, compared to 29 percent who would never lay a finger on a pill bottle.

When it came to the perceived effectiveness of the two treatment methods, there was barely any difference between medication and CBD; the results were nearly identical. 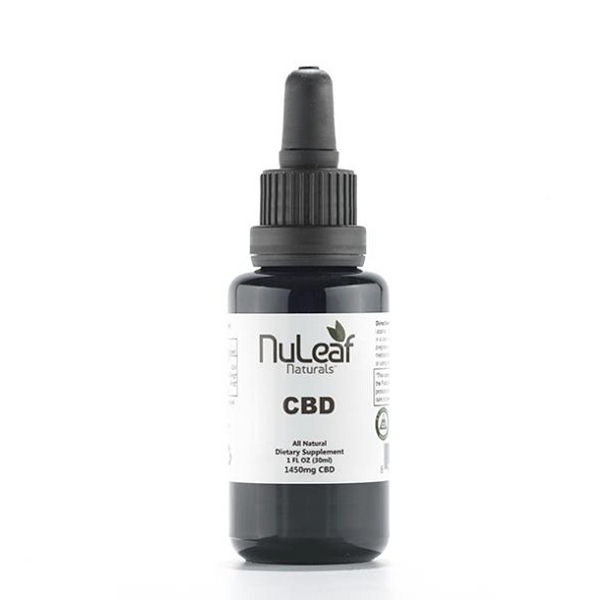 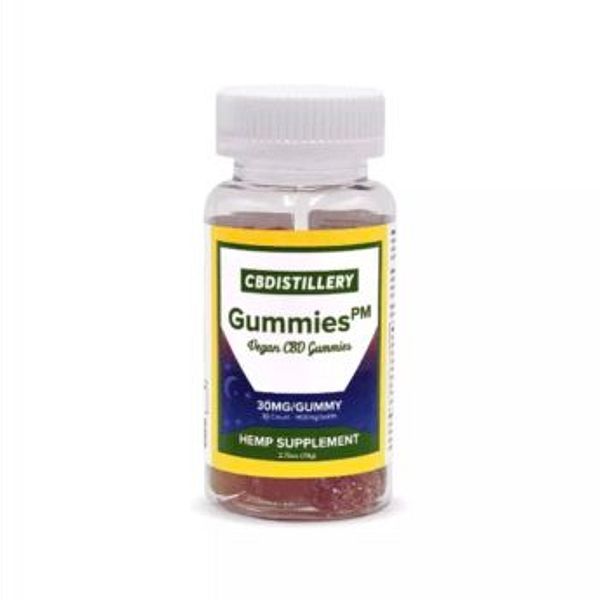 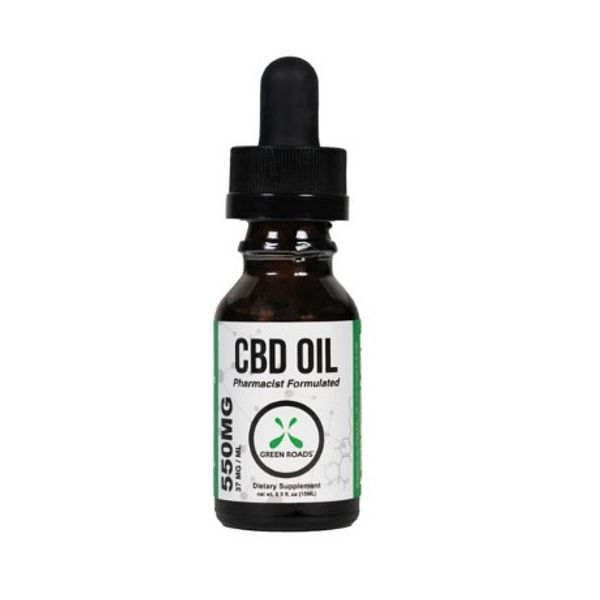 Coping of all kinds 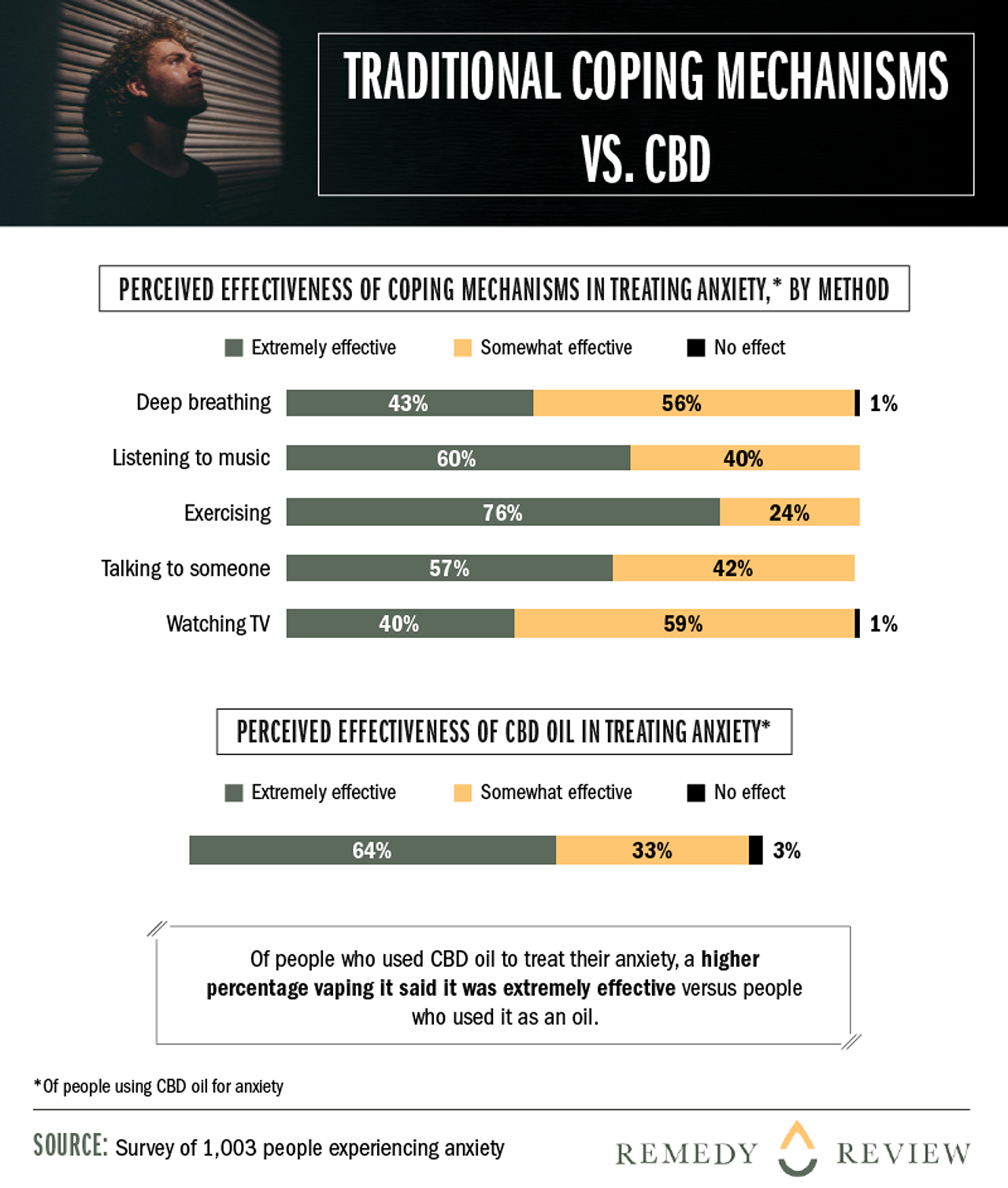 It seems like everyone is hawking a silver bullet for anxiety treatment these days: Some say the key to calm is listening to certain songs, while others have touted the benefits of meditation and mindfulness to melt away the worry. But which of these uplifting activities are worth their salt?

We decided to compare classic coping mechanisms for anxiety with CBD oil in terms of their perceived effectiveness. As a baseline, 64 percent of respondents said they found the substance to be extremely effective at treating their symptoms, and another 33 percent felt it was somewhat effective.

The only coping method that surpassed CBD oil in extreme effectiveness was exercise: 76 percent of respondents reported getting up and moving was a great way to treat their anxiety. Indeed, exercise can help rewire the mind in a number of beneficial ways, like releasing endorphins and distracting you from worrisome thoughts.

Music was the next most beneficial coping mechanism aside from CBD, with 60 percent of respondents saying they found it to be extremely effective at managing their anxiety. Another 40 percent said it was somewhat effective.

Interestingly enough, almost nobody reported that any of the given methods had no effect on their well-being whatsoever–even those that gleaned middling reviews (watching TV, for example, was found to only be somewhat effective by the majority of respondents). In fact, CBD oil had the highest volume of people who perceived it as ineffective, and even then, those responses amounted to less than 3 percent.

Pushed to the edge 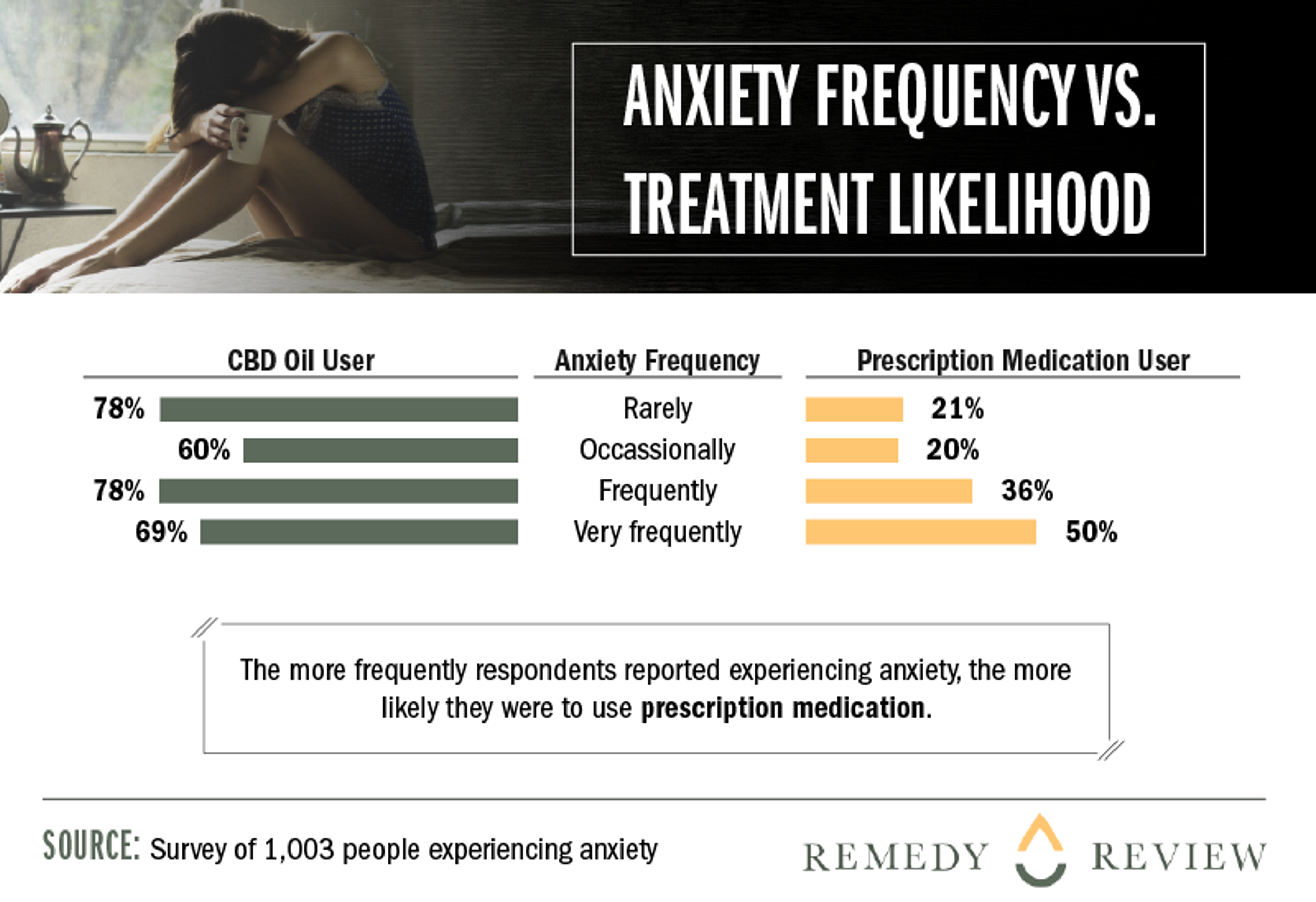 Anxiety can manifest in a number of ways and has real, tangible effects on the body at large: Chronic anxiety can ramp up the amount of the baseline stress hormone released by your brain, cause increased heart rate and chest pain, and flood your system with adrenaline (the “fight or flight” hormone). It can also cause headaches, insomnia, and muscle tension. Given anxiety’s crushing impact on the body, it’s no wonder so many of our respondents turned to prescription drugs to get them through the day.

Our data revealed a near-linear correlation between the level of anxiety felt by any given respondent and the likelihood of using prescribed medication. Fifty percent of extreme anxiety sufferers reported using prescription drugs to manage their condition, compared to 36 percent of people who felt highly anxious on a moderately frequent basis. Finally, 20 to 21 percent of those who rarely or occasionally experienced a high level of anxiety used prescription drugs.

In comparison, CBD use was all over the place–and much more prevalent overall. Contrary to prescription drugs, respondents who experienced an extreme amount of anxiety were not the most frequent CBD users: It was most often consumed by those who felt anxious either rarely or a moderate amount of the time, at 78 percent each. Sixty percent of respondents suffering from occasional anxiety also dabbled in CBD, as well as 69 percent of extremely anxious respondents. 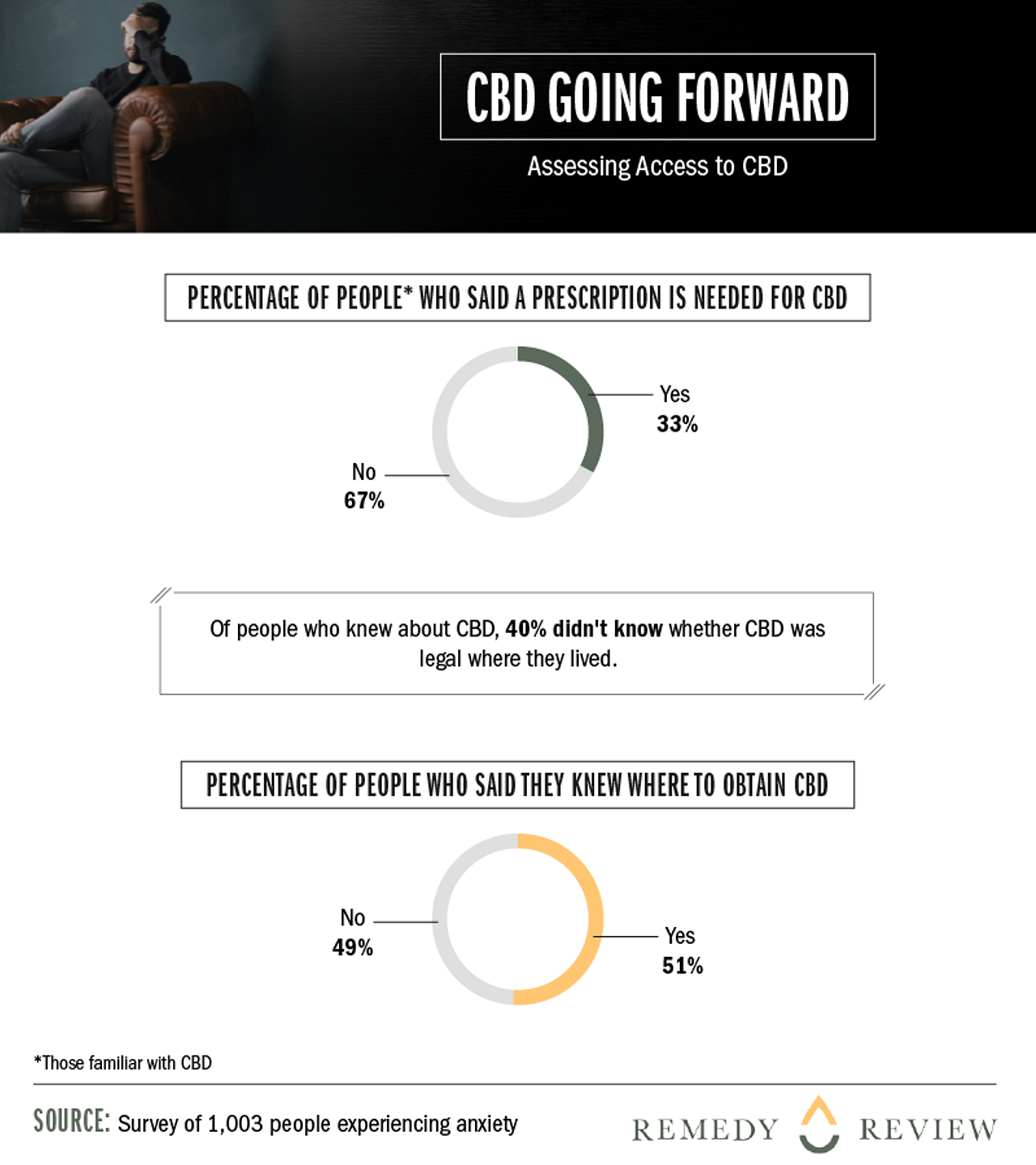 It’s important to maintain an eye toward the future of CBD because it seems as though this medical marvel will only continue to thrive: Impressive growth is projected not only for the industrial hemp market but also for hemp-derived CBD, marijuana-derived CBD, and pharmaceutical CBD markets. Since it looks like this substance is here to stay, we wanted to gauge people’s level of general CBD knowledge.

Thirty-three percent of respondents were under the impression that getting your hands on CBD oil required a prescription from a doctor, but that couldn’t be further from the truth. Wherever the substance is legal, you don’t need a script from a medical professional.

Among those who were familiar with it, 40 percent of respondents were not aware of whether CBD was legal in their area.

When it came to knowing where to purchase CBD, people were divided into two nearly identical camps: 51 percent knew where to go, whereas 49 percent did not. As is the case with most information ventures, the internet is an invaluable resource and a great way to seek out your local dispensary. In states that are largely pot-friendly, like Nevada, finding a shop near you may be as simple as consulting your local newspaper. In New York City, land of the ever-evolving foodie landscape, you might be best served poking around the city’s food blogs for a clue.

While some have already dabbled in CBD oil as a treatment for anxiety, our survey revealed that there is still a fair amount of misinformation–or a lack of information–floating around. One-third of our respondents had no idea that a prescription was not required to obtain CBD, and 4 in 10 people were unsure of the local laws governing its consumption.

When cannabidiol went head to head with prescription drugs and other methods for anxiety relief, it truly shone: Lauded as extremely effective by nearly two-thirds of respondents, CBD was used by a much broader collection of anxiety sufferers (in terms of the intensity of their condition) than prescription pills. The latter seemed to be reserved for those with moderate to extreme symptoms, whereas a large number of people with low-grade anxiety–among many others–used CBD.

All this being said, there is no single foolproof method for treating chronic anxiety. Respondents reported positive effects from a myriad of other coping methods, from music to TV or therapy to exercise. There’s only one rule when creating a happier, healthier life for yourself: Do what’s best for you.

We collected responses from 1,003 people through Amazon’s Mechanical Turk. Sixty-five percent of respondents were millennials, 23 percent were among Generation X, 11 percent were baby boomers, and 1 percent were a part of Generation Z. Only respondents who said they suffered from any sort of anxiety were allowed to take the survey. Respondents’ attention was checked in the middle of the survey. If they failed to answer “What part of the body do you typically wear a hat?”, they were excluded from taking the survey.

When respondents were asked to rate the perceived effectiveness when using traditional coping mechanisms, they were presented with a list of options to choose from:

When asked about what prescription drugs they used, respondents were given the following options:

The data we are presenting relies on self-reported anxiety. There are issues that come along with this sort of data, like telescoping, exaggeration and selective memory. Respondents were not asked whether they were diagnosed with anxiety by a doctor.

Do you want to share this content with your readers but are worried whether you can? Don’t be anxious! Feel free to spread this analysis around for any noncommercial purpose. We just ask that you make sure to link back to this page.